I’m sure you’re wondering how bitcoins are created, and how you could get some. Maybe you heard of bitcoin mining in the news. And you’d like to start right now. Because the price of bitcoin is surging. And there might be an opportunity! Well, bitcoin is not growing on trees. Indeed, you need to mine bitcoin to generate some coins. In this article, I’ll tell you how. And you’ll be able to answer the question which brought you here: Is bitcoin mining worth it?

What is bitcoin mining?

Bitcoin is a crypto-currency based on a decentralized technology called blockchain. In order to validate transactions and create new bitcoins, the system needs computing power. And what’s the best way to encourage people to participate? To give them a reward for their services!

Therefore, when you put a high-performance device at the disposal of the crypto-money network, you can get a small income. And this income includes the fees of the transactions and the bitcoin reward. While the current reward is 12.5 bitcoins per block, it’s halved every four years. 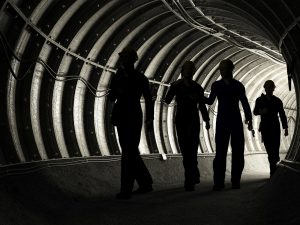 As a result, bitcoin mining is to operate the bitcoin blockchain. And the miners carry out mathematical calculations for the network with their computer equipment. Of course, their income is proportional to the computing power they deploy.

But what is bitcoin mining actually doing?

To keep it simple, I’ll use an analogy from Andreas M. Antonopoulos, a well-known and well-respected figure in bitcoin. Imagine a worldwide competition of sudoku, with giant grids of several thousand lines and columns. And the participants have to start over a new grid as soon as someone finds the solution. Furthermore, the grid difficulty is adjusted so that on average a grid is solved every ten minutes.

While it’s fairly easy to verify that a completed grid is full, it takes a lot of work to finish it! And even if the difficulty of the grids can be adjusted by changing their sizes, they can always be checked easily.

The puzzles to be solved in the bitcoin network are based on cryptographic hashes. And they have the same characteristics as these sudoku grids. That’s it!

What do miners do?

Miners perform cryptographic hashes (two successive SHA256s) on what is called a block header. For each new hash, the mining software uses a different random number called the nonce. Depending on the contents of the block and the value of the nonce, the hash will look like this:

Then any number starting with a zero would be accepted and considered lower than the target. Example:

And if we lower the target to:

We now need a number beginning with two zeros:

Because the target is a bulky number with many digits, we commonly use a simpler number to express the current target. This number is called the mining difficulty. And it’s calibrated on the first block created. Therefore a difficulty of 70000 means 70000 times more computing power than it took Satoshi Nakamoto to generate the genesis block.

Well, it depends. At the beginning of the bitcoin adventure, the mathematical problems were relatively simple. A desktop was sufficient to carry out calculations and to provide income to its owner. But the popularity of bitcoin has generated a huge competition. And bitcoin mining is no longer a profitable business for private individuals.

Therefore, to remain competitive, miners tend to regroup in pools. Indeed, a miner has to solve a block to obtain the reward. And it’s easier by sharing computing power with the other miners. Then revenues are shared according to the effort spent.

How to start bitcoin mining?

While it’s easier to buy bitcoins (here’s the best bitcoin trading platform), you can still want to mine bitcoins. And it’s possible. Indeed, you can outsource the hardware part and subscribe to a could mining service. But it’s a bit riskier. Because you can’t walk away with your hardware if there’s something wrong. 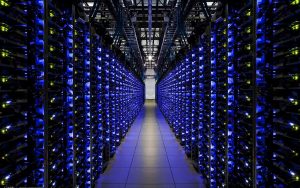 Cloud mining companies, like Genesis Mining, sell their computing capacity to users, in exchange for a commission on the mined bitcoins. And you’ll have to pay their management fees. Beware of scams when looking for a cloud mining supplier. And remember that cloud mining is rarely profitable.

Want to start mining bitcoins now? Genesis Mining is the best cloud mining service on the market! Get 3% discount on your plan with this promo code: IVgixb

Now you know what is bitcoin mining. And I’m sure that you realized that if you don’t have the means to invest in expensive hardware, it’s not for you. Or you could try one of the cloud mining platforms.

And if you really want to get some bitcoins without spending anything, I have the solution. I listed the top 20 sites to earn bitcoin, for FREE.

This was my guide: Is bitcoin mining profitable? Stay tuned for more coming soon.

Crypto enthusiast who started from scratch. After a few years of hits and misses, I'm sure cryptos will change the world for the better (if we can manage to protect our privacy). As I learn, I'm building a portfolio of as many coins and tokens I can collect, including mighty bitcoin. Because who knows what lies ahead of us? I hope my articles will help you get started!

We will be happy to hear your thoughts